It’s without question that humans are some of the most violent species on the planet. An article from the Independent suggests “Humans have evolved with a propensity to kill one another that is six times higher than the average mammal” all according to a new study. In this study, researchers compiled information on over 4 million deaths within mammals dating back to the Paleolithic era. They used this information to produce an evolutionary tree that displays different mammals violent tendencies. The research resulted with humans being the most violent species towards each other. At the end of the day, we were the first species to conquer earth.

To further back this claim Live Science suggests, “the difference between human and animal violence comes down to the complexity of the emotion driving it” Humans have complex social relationships that most other animals don’t share. Emotions like revenge and spite have yet to be proven in other species. Social tension and complex environmental issues spike emotions in human. Violence can be triggered in so many different ways.

It’s important to understand that violence and emotions have always been a part of human nature. If we think back to the Paleolithic time, life was rooted around survival. Hunting and mating were the needs for survival. Studies suggest that male human faces have evolved to minimize injury caused by punches. This adaptation suggests that when resources like food and mates were scarce violence occurred in order for survival. Humans weren’t killing each other in revenge or because of a political disagreement. Humans were fighting each other for increased fitness.

It’s scary to think that environmental and social issues continue to cause violence today just as it did in the past. Except now we’re more evolved and have the capacity to do great harm. The fact that most of our wars have been over resources goes to show that nothing much has changed. The complexity of our social issues has increased however the root of violence still remains very similar. If we can’t learn to make peace with natural resources we will continue to fight with each other. 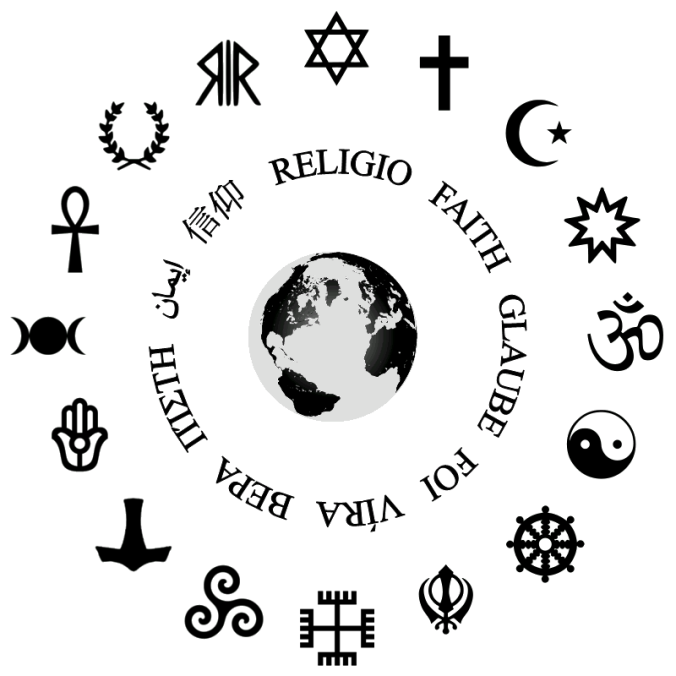 The textbook definition of religion is “a set of beliefs concerning the cause, nature, and purpose of the universe, especially when considered as the creation of a superhuman agency or agencies, usually involving devotional and ritual observances, and often containing a moral code governing the conduct of human affairs.” With that being said the origins of religion can be broken down into three categories, polytheism, pantheism and monotheism. Polytheism is the belief in many gods coexisting, this originated from Hinduism. Pantheism is the belief that all is god, we see this in Buddhism. Lastly, monotheism is the belief in just one god, common in Christianity. Those who don’t believe in a supernatural higher power often consider themselves atheists.

There are many reasons why religion was created; I’ll list some below.

I’m a firm believer that each and everyone shall be entitled to their own religious and spiritual beliefs. However, with that being said, our world is so diverse at the moment that religions have begun to clash and cause more harm than good. We’ve hit an evolutionary mismatch with religion. An evolutionary mismatch means that evolved traits that used to help us, now don’t due to a change in the environment. Religion was used as an advantage back in the day to guide, rule, and control civilizations. Now it’s causing war, death, and destruction. 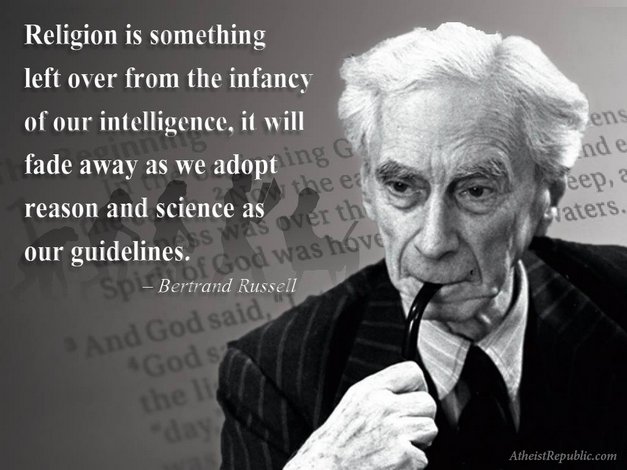 Famous philosopher Bertrand Russell said it the best “Religion is something left over from the infancy of our intelligence, it will fade away as we adopt reason and science as our guidelines.” This simply argues the battle between religion and science. Before science, we had religion, as science evolves we’ve discovered truths that in the end dismantle religious beliefs. Again, I don’t think it’s fair to doubt one’s faith and beliefs. However, not everyone is anthropomorphizing the same god. With that being said, until everyone synchronizes as a whole I fear we will continue to clash with each other.

Religion and its Evolutionary Mismatch